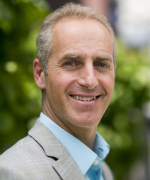 Dariush Mozaffarian is a cardiologist, Dean and Jean Mayer Professor at the Tufts Friedman School of Nutrition Science and Policy, and Professor of Medicine at Tufts Medical School. As one of the top nutrition institutions in the world, the Friedman School’s mission is to produce trusted science, future leaders, and real-world impact. Dr. Mozaffarian has authored more than 400 scientific publications on dietary priorities for obesity, diabetes, and cardiovascular diseases, and on evidence-based policy approaches to reduce these burdens in the US and globally. He has served in numerous advisory roles including for the US and Canadian governments, American Heart Association, World Health Organization, and United Nations. His work has been featured in a wide array of media outlets including the New York Times, Washington Post, Wall Street Journal, National Public Radio, and Time Magazine. In 2016, Thomson Reuters named him as one of the World's Most Influential Scientific Minds.

Dr. Mozaffarian received a BS in biological sciences at Stanford (Phi Beta Kappa), MD at Columbia (Alpha Omega Alpha), residency training in internal medicine at Stanford, and fellowship training in cardiovascular medicine at the University of Washington. He also received an MPH from the University of Washington and a Doctorate in Public Health from Harvard. Before being appointed as Dean at Tufts in 2014, Dr. Mozaffarian was at Harvard Medical School and Harvard School of Public Health for a decade and clinically active in cardiology at Brigham and Women’s Hospital. He is married, has three children, and actively trains as a Third Degree Black Belt in Taekwondo.

Cheri Blauwet, MD is an Assistant Professor in Physical Medicine and Rehabilitation at Harvard Medical School and an attending physician at the Brigham and Women’s Hospital and Spaulding Rehabilitation Hospital. She serves as Director of the Kelley Adaptive Sports Research Institute. Dr. Blauwet is also a former Paralympic athlete in the sport of wheelchair racing, competing for the United States Team in three Paralypmic Games (Sydney '00, Athens '04, Beijing '08) and bringing home a total of seven Paralympic medals. She is also a two-time winner of both the Boston and New York City Marathons.

Translating her background as an athlete to the clinic setting, Dr. Blauwet now serves as a member of the International Paralympic Committee’s Medical Committee and serves on the Board of Directors for the United States Olympic and Paralympic Committee (USOPC) as well as numerous other leadership roles throughout the Olympic and Paralympic Movement. In 2016, she was the recipient of the Harvard Medical School Harold Amos Faculty Diversity Award and was named one Boston’s “Ten Outstanding Young Leaders” by the Greater Boston Chamber of Commerce. In 2019 she was named by the Boston Business Journal as one of the “40 under 40” community leaders. She has become a global advocate for the use of sport and physical activity to promote healthy lifestyles for all individuals with disabilities. She was a guest at the White House as well as the keynote speaker at the Boston celebration of the 25th Anniversary of the Americans with Disabilities Act.